Patch’s Garden is an unusual feature of this bog – a raised till island topped with soil completely surrounded by deep peat.  It would have formed as glaciers retreated 10,000 years ago, leaving behind mounds and ridges of ground up material alongside a lake.  The till island in Carrownagappul became a small landholding, home to a man named Patch Cronin.  He lived and worked here in the 1800’s and early 1900’s, with no roads to or from his holding.  He was a farmer on the bog, capable of growing fruit and vegetables on his small holding.  He cut and saved turf along its edges as fuel for his fire.

Patch’s home became a “rambling house” i.e. visiting house, where neighbours would gather in the evening for storytelling, card-playing, singing and music.  Locals tell of winding pathways over the high wet bog to Patch’s Garden, saying you could walk a full mile from every corner of the bog to Patch’s Garden without a grain of sand or soil touching your feet.

The house and outbuildings (recorded on ancient maps as far back as 1846) stood here until the 1950’s when Mother Nature began to reclaim them. 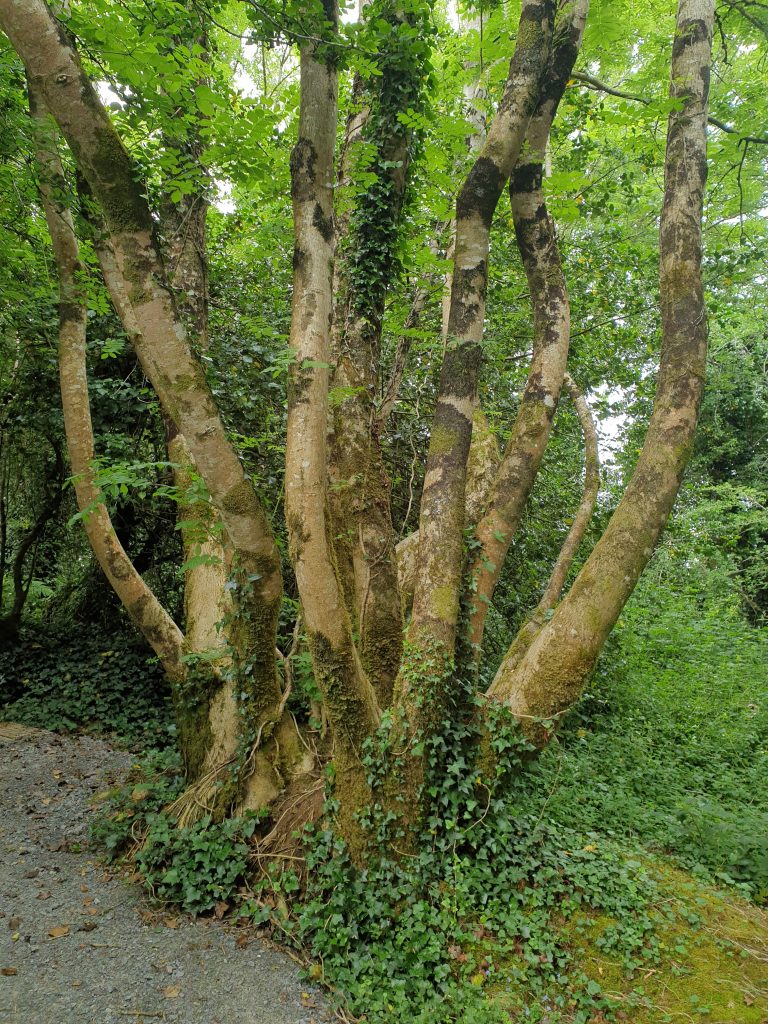